How can we help you today?

What is a Nominal Variable?

A Nominal Variable is a variable with values which have no numerical value (mean), such as gender or ethnicity.

What kinds of question sets are Nominal Variables good for?

The Nominal Variable response set configuration is perfect for demographic-type questions where a mean score and other statistics are not needed. They are good for Voting surveys, Yes/No questions, Gender, Ethnicity, School Major, and Hours of Study just to name a few.

Where do users get started?

The nominal variable set-up is located under the Response Sets in the Components section of the CoursEval Control Center.  The general premise is if a response set is better served with frequency distribution (as opposed to a mean, group median, median, mode, so on…), the following reporting features should be set:

Before and After Samples:

The graphs and mean scores do not display well for this type of question. 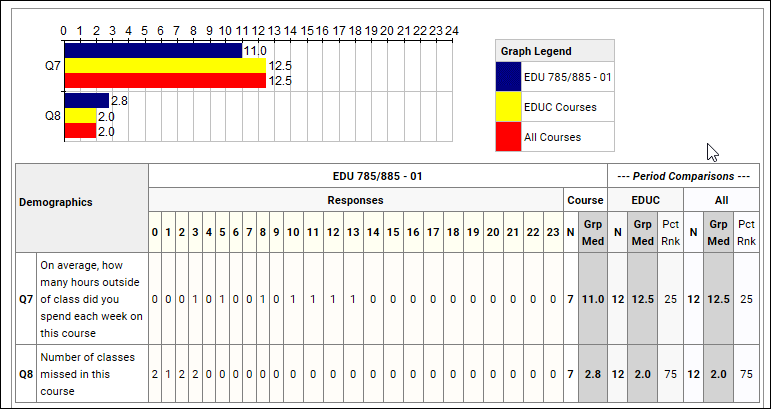 By rearranging the response set options, users will not see graphs and responses will display by frequency:

Did you find it helpful? Yes No

Send feedback
Sorry we couldn't be helpful. Help us improve this article with your feedback.